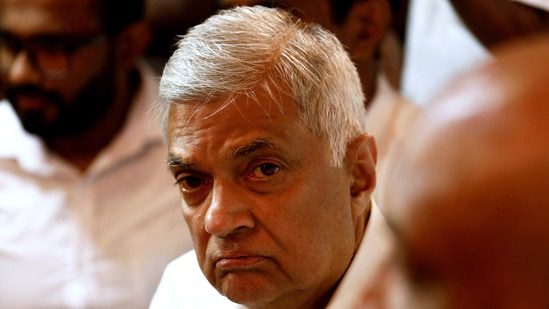 Rajapaksa was moved to a safer area, an official within his office told news agency dpa, while AFP cited a top defense source as saying “the president was escorted to safety.”

Troops fired in the air, trying to prevent the angry crowds from overrunning the presidential palace, but the protesters eventually managed to break through. Images broadcast on national television later showed crowds gathering both outside and inside the building.

In the aftermath, Prime Minister Ranil Wickremesinghe agreed to step down from his position, after summoning an emergency meeting of political party leaders.

Wickremesinghe said he is willing to make way for an all-party government in the light of the protests and ongoing economic crisis the country.

Protesters are said to have also breached the prime minister’s residence and set it on fire.

The island nation is in the midst of its worst economic crisis since gaining independence in 1948. The country defaulted on its foreign debt in April.

The president has so far refused to resign. However, in an apparent bid to appease the protesters, he has removed several of his close relatives from top government positions, including two of his brothers, Mahinda and Basil, who until recently served as the country’s prime minister and finance minister, respectively.

In May, Wickremesinghe was appointed prime minister and is currently also in charge of heading the Finance Ministry. He has pledged to establish a relief program and a new economic plan which would allow him to seek a bailout from the International Monetary Fund (IMF).

Wickremesinghe said the country’s bailout talks with the IMF were reliant on finalizing a debt restructuring plan with creditors by August, and that was made all the more difficult as the country is “bankrupt,” with debts now totaling over $50 billion (€49.1 billion).

Sri Lanka’s 22 million people have suffered months of surging inflation and lengthy power cuts after the government ran out of foreign currency to import essential goods, such as food, fuel and medicine.