My man is a jealous lover – Actress, Chinwe Isaac 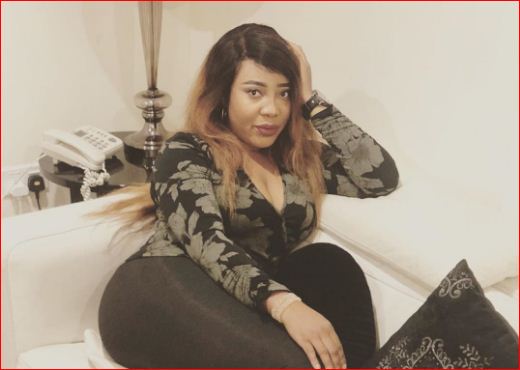 ACTRESS Chinwe Isaac has lamented on some of her challenges as a script interpreter.

The award winning actress in a recent interview speaks on how her partner reacts whenever she plays romantic roles.

According to Isaac, she has been compelled to discuss scripts with her man before hitting location.

“My boyfriend gets so jealous seeing me play romantic roles in movies. In fact, my current man is a jealous lover. He doesn’t like seeing me kiss in movies. I wouldn’t dare kiss without telling him about the role. I will have to discuss with him, seek his permission. He would have to tell me to go ahead. If the movie eventually comes out, he might at the end of the day, say I over did it. But we laugh over it and it ends well. As a professional, I can play romantic roles but my man gets angry if I don’t discuss it with him first,” she gushed.

The Painted Lies star actress however said she would love to marry any of her handsome colleagues who would give her career a spin to the top.

Hear her: “I would love to marry from my industry. I will accept a suitor who is an actor because I love movie making. Movies had become part of me. Having a partner who is in same Industry will really help me a lot. It will make me work harder, keep my marriage and make it smooth. If I go on set, my husband knows all about the industry. He understands how we work, so our marriage would be a smooth ride. I wouldn’t have to lie to him because he understands the industry language and modus operandi.
I think same industry Marriage is the best for those who wants to stay honest and faithful to their marital vows. Except for those who have cockroaches in their cupboards. It has its own disadvantages, but for me i’ll love to stick to it. I will marry a handsome, God fearing suitor from my industry. I want to stay faithful to my husband.”

Fame is lonely and boring – Ayo Adesanya cries out