I’m not dating again until God speaks to me, says Moyo Lawal 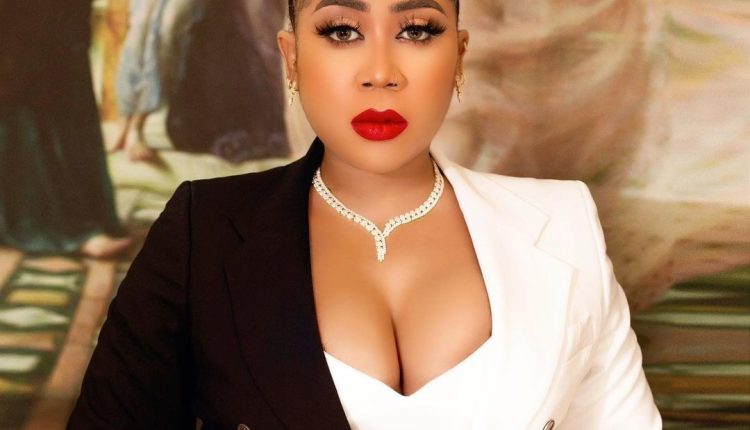 ACTRESS Moyo Lawal has hinted that she wouldn’t be delve into any romantic affairs except there is some divine intervention,.

“I’m not dating again until God himself come sit on my bed and say,” she wrote on social media.

“My homeboy tryna talk to you”.

Moyo Lawal who is also into skincare had earlier said that although she is good at handling cigarettes in movies, that is indeed far from who she really is in reality.

“If you have ever seen me smoke in a movie then you know. I am a very good smoker. I can even do stunts but here is the fact, in reality, I don’t smoke.

“I know as usual, people will argue this. But for me, acting is Make Believe that has to look natural. Even though, it annoys me that people can’t separate me from my characters, however I am very thankful that I can do a job so well that people can’t tell the difference,” she added.

Continuing, the star actress who is also fond of flaunting her curves and boobs on Social Media said she’s tired of playing good girl and wants a switch.

“I’m a Thespian. The Chamelon actor. I’m disciplined, which means having access to doing anything you want, but choosing instead to do the right thing especially when nobody is watching. Well, playing good girl all the time was boring, because it is more like I am acting my real self in the movies too. I’m done with that part.”