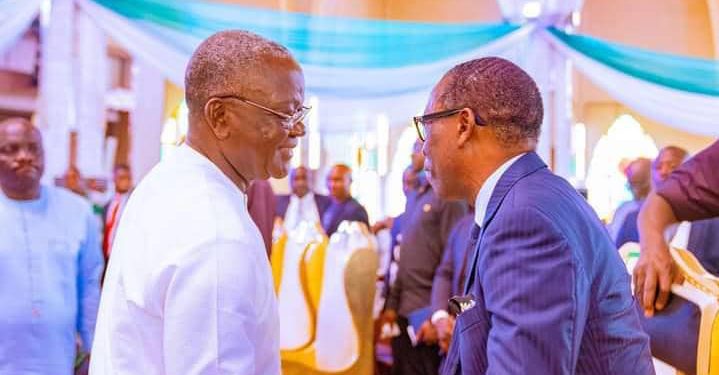 THE vice presidential candidate of the People’s Democratic Party, Governor Ifeanyi Okowa, has appealed to his Rivers State counterpart, Governor Nyesom Wike on the need for genuine reconciliation on thorny issues rocking the party.

Okowa disclosed this while speaking to journalists after a closed-door meeting with Governor Samuel Ortom of Benue state at the Benue state government lodge in Asokoro, Abuja.

He noted that the delay in meeting with Governor Wike was due to his trip abroad and now that he is back, the party and its presidential candidate will do all to reconcile issues with him.

On his part, Ortom said his advice on the need to appease the Rivers State Governor is the best way to go.

He said he is fully behind moves to reconcile with Wike for the overall interest of the party as all hands must be on deck ahead of the 2023 general elections.