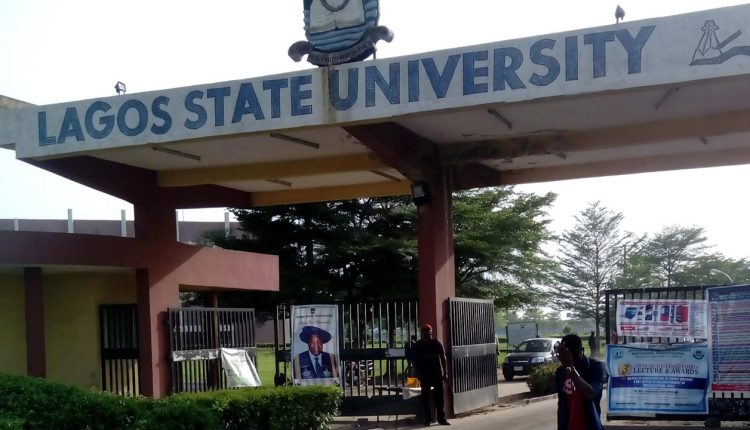 AS the 2023 general elections draw closer, the Lagos State Government has taken its on- going  residents sensitization programme on  Permanent Voters Card (PVC) registration and  collection  to the  Lagos State University, Ojo and Lagos State University of Education, Ijanikin, where the students were urged to join hands with government in building a new Nigeria.

In a statement, today, the state government noted that registration and collection of Permanent Voters Card is a guaranteed license for participating in the nation’s electoral process, urging them to go out and register for their PVCs or pick them up from the INEC office if they have registered before.

The Special Adviser to governor Sanwo –Olu on Education, Tokunbo  Wahab who led top government officials to LASU to sensitize the students , stressed the need for more students’ participation in the electoral process and  task of nation building.

According to him, since youths/ students represent about 53.5% of the total population of the country, there is the need to carry them along and give them adequate orientation and enlightenment on leadership role and the need to participate in the electoral process towards choosing a God fearing leader that is committed to infrastructure development and good governance.

The sensitization programme  which was at the instance of the Office of the Special Adviser on Education (OSAE) in conjunction with the Students Union  Governments  (SUG) of both the Lagos State University  (LASU) and Lagos State University of Education ( LASUED) Ijanikin Campus have large turn- out of students who turned the sensitization programme into a carnival like across all Faculties and Departments of the Universities.

Wahab who commended the Managements of the two institutions,  (LASU and LASUED) for maintaining absolute peace on their campuses, promised that the state government would not relent in implementing policies that would prioritize  the welfare of both students and staff of all the State owned institutions, while he  commended them for not joining the on- going Academic Staff Union of Universities (ASUU) strike  in appreciation of Governor Sanwo-Olu’s sustainable educational development policies in the State.

The Special Adviser charged the students to take advantage of bringing registration centres to their campuses to register and collect their PVCs, noting that their PVC is the major weapon with which they can fight hunger and poverty while it could be used as well to sustain good governance.

In her remarks, the Ag. Vice Chancellor of the Lagos State University of Education, LASUED, Ijanikin Campus, Professor Bidemi Bilikis Lafiaji-Okuneye stated that the sensitization of students for PVC collection is a welcome development as it would give them  the opportunity  to perform their civic responsibility as citizens o the country.

Professor Lafiaji-Okuneye commended INEC for bringing registration centres to the two campuses, which she noted would help students to have easy access to registration.

In the same way, the Special Adviser to Governor Sanwo-Olu on Students Affairs and Tertiary Education Matters, Omotayo Sanya-Olu said the sensitization programme is one of Sanwo-Olu administration’s efforts at carrying the youths along in crucial matters that have direct effect on their developments.

Sanyaolu who urged the students to make effective use of the exercise to register and obtain their PVCs reminded that with their PVCs, they have been given the power to decide who should be their leaders.

While assuring that the All Progressives Congress in Lagos State under Samwo-Olu would continue to place youths at the centre of its development programmes, urged them to continue to support the State government and keep campuses peaceful for improved and better development.

In his response, President of  LASU Students’ Union, Adeoye Moses, a 400 Level student of Theatre Arts Department,  commended students of  LASU for coming out in large number to register for their PVC, adding that LASU students were always at alert when it comes to progressive development, adding that the SUG under his care would ensure that his colleagues fully participate in all future elections in the country to bring about good government.

He commended the State government for upgrading LASU infrastructure and creating enabling environment for research Developments, noting that LASU under Sanwo-Olu has remained one of the best in the country in academic and moral excellences.

Reminisce: Still reading the ‘Book of Rap Stories’ 10 years after

IMSU pulls out of ASUU strike