CAF confirms postponement of AFCON qualifiers for Super Eagles, others 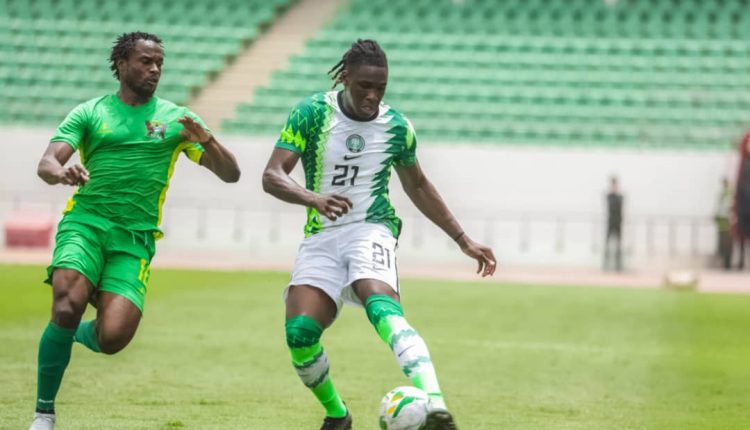 The Confederation of African Football has confirmed that it has moved the 2023 Africa Cup of Nations qualifiers, which the Super Eagles are involved in, in order to help teams from the continent heading to the Qatar 2022 World Cup.

Naija Times reported last Wednesday that the continental body would shift the qualifiers from September to March following the postponement of the AFCON tournament in Cote d’Ivoire, which was moved from from mid-2023 to early 2024 due to weather concerns.

The ruling body has now confirmed the report, announcing the postponement in a press release today.

“This was necessitated by the Executive Committee’s commitment to make room for the African nations that have qualified for the FIFA World Cup Qatar 2022 in November/ December 2022 to prepare adequately.

The AFCON tournament was initially billed for June and July 2023 in Cote d’Ivoire, but it was moved to January 2024 due to the heavy rains and flooding experienced in the middle months of the year in the West African country.

The September window is the last international opening before the World Cup in November and December, and the Qatar-bound African teams will want to play friendlies against sides with similar profiles to their group opponents in Qatar, and they cannot get those from Africa.

Senegal, Cameroon, Tunisia, Morocco and Ghana, who eliminated Nigeria, are the teams representing Africa in Qatar.

Indeed, Senegal head coach Aliou Cisse had requested for this postponement to allow his African champions and the other four to prepare adequately for Qatar.

With the shift, the Super Eagles, who were due to play Guinea-Bissau in a double-header in September, will likely play friendlies against World Cup-bound teams from other confederations drawn in the same group with African teams.

The Super Eagles won their first two qualifiers of the series in June, beating Sierra Leone 2-1 in Abuja before recording a record-breaking 10-0 victory over Sao Tome and Principe in Agadir, Morocco.