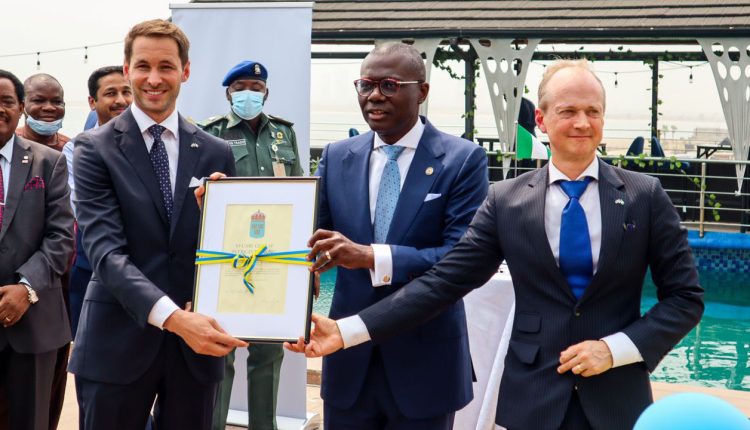 THE United States Mission in Nigeria has announced the arrival of the new Consul General, Will Stevens at the U.S. Consulate in Lagos.

Stevens arrived in Lagos on Friday, July 29. According to a statement from the Public Affairs Section of the consulate in Lagos, Stevens’ arrival followed consultations in Washington, D.C which made him succeed Claire Pierangelo, who led the U.S. Consulate General Lagos from August 2019 to April 2022.

“As Consul General in Lagos, Mr. Stevens is the senior U.S. Government representative to the Nigerian people throughout the 17 states in southern Nigeria. He is responsible for leading and overseeing U.S. government activities that enhance trade and investment relations and bilateral people-to-people ties across the region,” the statement indicated.

Stevens was quoted as saying, “My family and I look forward to getting to know Nigeria first-hand – exploring the region, experiencing the culture, and most importantly, meeting the people.”

Before arriving in Nigeria, Stevens served as the Acting Consul General in Cape Town, South Africa, where he directed the U.S. government’s engagement in South Africa’s three cape provinces.

Under his leadership, US-South Africa’s trade and investment expanded by 50 per cent over two years, and he coordinated the U.S. government’s response to COVID-19 in the Cape.

In the Bureau of African Affairs, Stevens served as Senior Advisor on countering violent extremism and, as the Bureau’s Spokesperson, he directed the public affairs planning and messaging for the 2014 U.S.-Africa Heads of State Summit that brought together 50 African leaders in Washington for the first time.

Stevens was the Director of the Foreign Service Institute’s Public Diplomacy (PD) Training Division from 2017-2019, where he coordinated the training of the State Department’s entire public affairs and public diplomacy corps.

His leadership and the team were recognized in the Public Diplomacy Council’s annual “Ten Best” for the “Best Use of Social Media by an Embassy while serving as the Spokesperson for the U.S. Embassy in Moscow between 2014 and 2016.

Hold Peter Obi if anything happens to me – Omatseye