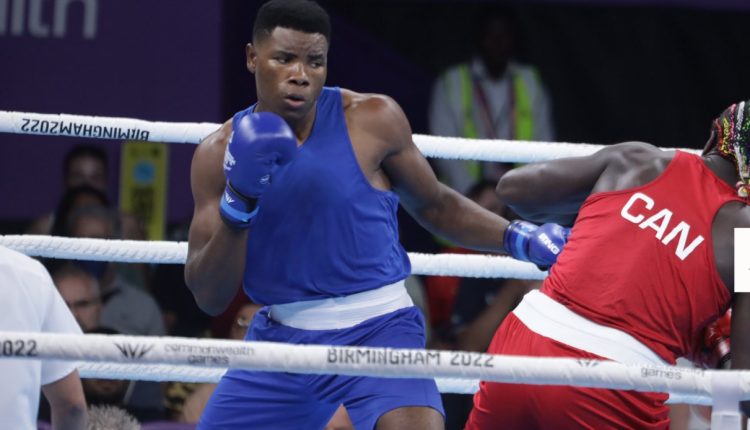 Team Nigeria are guaranteed a medal in boxing at the Birmingham 2022 Commonwealth Games following Ifeanyi Onyekwere’s progress to the semi-finals.

Onyekwere was in impressive form today in the men’s super heavyweight class, outboxing his Canadian opponent Marcel Mouafo-Feujo in their quarter-final bout and winning 5-0 on points.

The 22-year-old Onyekwere is now certain of at least a bronze medal as one of the semi-finalists.

He faces India’s Sagar Sagar on Saturday night in a battle to reach the final and fight for gold.

Meanwhile, Team Nigeria’s chances of a medal rush in powerlifting were affected today as two athletes, Onyinye Gift Mark and Latifat Tijani, were disqualified from competing.

However, the sports ministry says that an appeal has been lodged against the decision.

“Team Nigeria powerlifters did not arrive late for their event at the Commonwealth Games. The kits were approved at the technical meeting held on August 1, 2022,” the sports ministry says in a press statement.

“The decision to disqualify Latifat Tijani and Onyinye Gift Mark has been appealed by Nigeria to the International Paralympic Committee (IPC).”