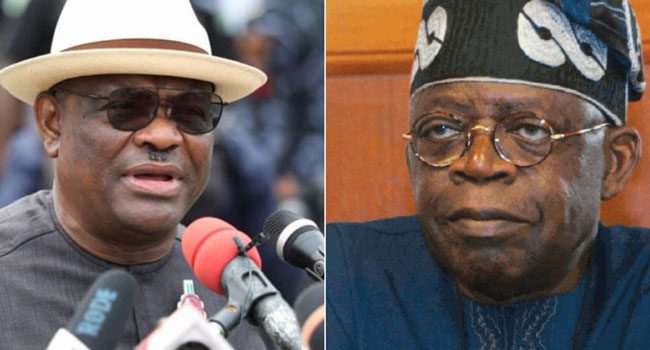 IBRAHIM Masari, a chieftain of the All Progressives Congress (APC), today, said Governor Nyesom Wike of Rivers State, will work for the ruling party and its presidential flagbearer.

Masari was reported to have spoken from London, United Kingdom (UK) with BBC News Hausa.

The London meeting of Wike, who is a key member of the Peoples Democratic Party (PDP), and Bola Tinubu has unsettled the main opposition and its presidential candidate, Atiku Abubakar.

Wike, who emerged second during the presidential primaries of the PDP in May has been at loggerheads with Atiku following the selection of Ifeanyi Okowa, the Delta State governor, as Atiku’s running mate.

Spirited efforts by PDP leaders to persuade Wike to give Atiku absolute support have hit the rock. Instead, the former Minister has upped his fraternisation with chieftains of opposition parties.

“The meeting was basically on the 2023 Presidential election and by God’s grace, we are going to work with His Excellency, Governor Nyesom Wike. He will assist and we are going to win the election with ease, by the will of God,” Masari said.

2023: I will support only APC candidates – Buhari