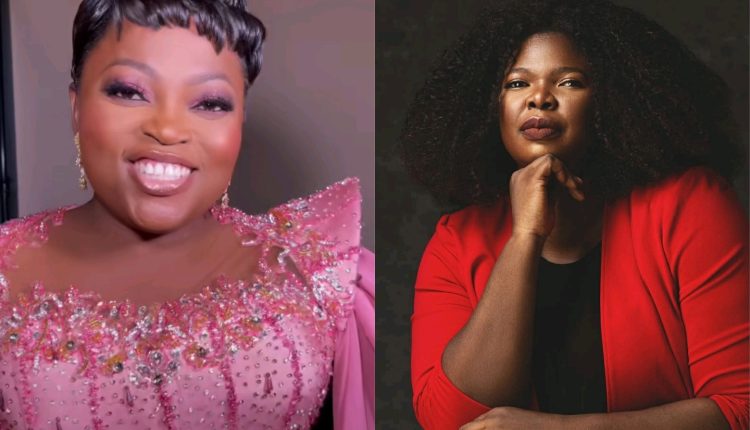 BIMPE Onakoya, the Artistic Director for Maybelline New York Nigeria, has joined the rest of the world to celebrate actress, Funke Akindele on her 45th birthday today, August 24, 2022.

Onakoya a dynamic and creative Makeup Artist with over sixteen years industry experience through her birthday post to Funke, revealed how enterprising she is.

Sharing a beautiful video of Funke dancing on her big day, Onakoya wrote, “Happy 45th Birthday to an amazing person!! I have known Funke since our Unilag days, I was an aspiring Makeup Artist while Funke was  also an aspiring Actor with big dreams although she already did ‘I Need to Know Drama series, we became close for the oddest reason, I had sweet tooth and she was selling cakes, you see this woman called Funke, she was studying Law, at the same time acting and enterprising, fast forward to present, she’s not just a force to be reckoned with in the entertainment industry, she’s also vying for the position of Deputy Governor of Lagos State, I know Funke, this woman is hard working, Focused, and the nicest soul who has the fear of God!!! she’s is going to deliver!! Guys let’s make it happen for her !!! join me to celebrate an achiever, a phenomenal

and a goal getter who is diligent in her doings!!

Happy Birthday Sis @funkejenifaakindele you have my love and support always!!!”