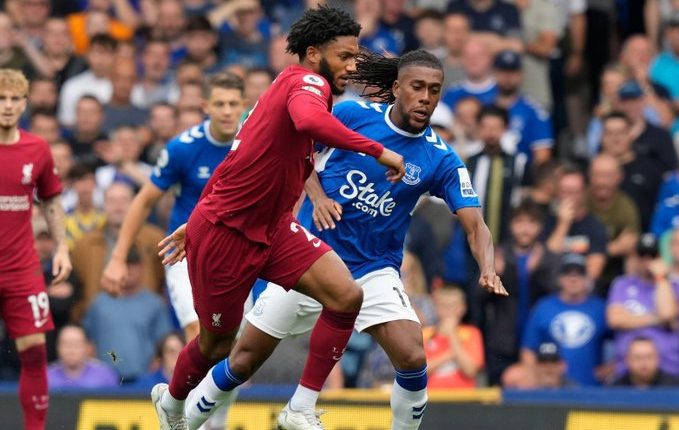 Alex Iwobi was in outstanding form today as Everton and Liverpool ended their Merseyside derby in a 0-0 draw at Goodison Park.

The Nigeria international, with the impressive Amadou Onana and Tom Davies alongside him, ran the show in midfield as Everton matched their more illustrious neighbours in the Premier League contest.

The thrilling clash swung from end to end, and either side could have won it, with both goalkeepers making important saves.

Davies hit the post for Everton in the first half while Darwin Nunez and Luis Diaz did the same for Liverpool after the break.

The England No.1 was credited with eight saves, including one in injury time that denied Mohamed Salah.

Former Liverpool defender Conor Coady thought he had scored the only goal of the match, but his close-range effort in the 69th minute was ruled out for offside after a lengthy VAR review.

The fixture between Everton and Liverpool has now become the joint-most drawn in Premier League history, level with Chelsea versus Manchester United with 25 draws.

It is the fourth goalless draw between Everton and Liverpool in their last six meetings at Goodison Park.