Buhari has invested much in security – Bagudu 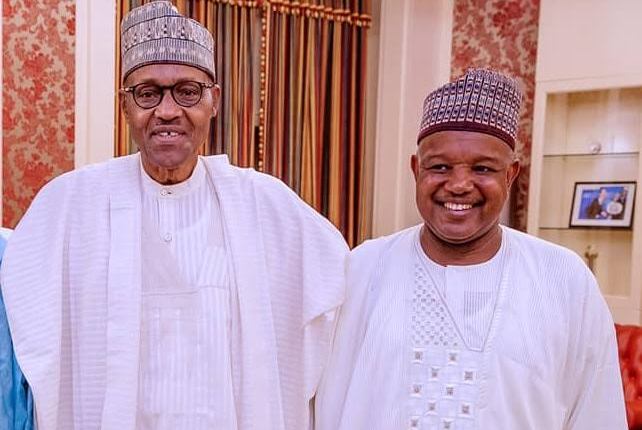 KEBBI Governor Atiku Bagudu says President Muhammadu Buhari has made tremendous investments in the security and welfare of Internally Displaced Persons (IDPs) across the country.

Bagudu stated this on Sunday in Ribah, Danko Wasagu Local Government, at the distribution of relief materials to IDPs by the National Commission of Refugees, Migrants and Internally Displaced Persons (NCRMIDP).

He said that the Federal Government was recruiting more security personnel, while modern equipment, arms, and ammunition were provided to the security agencies.

“The security challenges we are facing are not peculiar to our country or the state alone.

“I urge the people in the state, especially in insecurity affected areas, to be resilient, patient and continue to be their brothers’ keepers.

“The people of our state will not be cowed down by a few unscrupulous elements who are bent on tormenting the law-abiding citizens of the country.

“Kebbi state is not doing badly in terms of the prevailing security challenges as peace is gradually returning to areas affected by banditry in Zuru Emirate,” he said.

Bagudu acknowledged the courage of farmers in the state, adding that bumper harvests were being recorded.

“Our farmers are resilient and continue their cultivation, the situation did not deter them,” the governor said.

Earlier, the Federal Commissioner of NCRMIDP, Hajiya Imaan Suleiman, said that the relief materials were provided to the IDPs to alleviate their suffering.

She lauded Bagudu for according top priority to the welfare of the people of the state.

Suleiman said that a medical outreach would be conducted in the camp to check the health status of the IDPs.

Also speaking, the Chairman of Danko/Wasagu LocalGovernment, Alhaji Hussaini Bena, lauded the Federal Government for providing assistance to the IDPs.

“Such an assistance will go along way in reducing the hardship being faced by the IDPs in the camp,” he said.

In his remarks, the Chief of Wasagu, Alhaji Musa Mukhtar, pleaded with the government to mobilise more personnel to the area in order to provide adequate security for the IDPs to return to their homes.

“Our people are hardworking and resilient; what they need is not relief assistance, but security to go back home and cultivate their farms.

“Give them security and they will feed the entire state and beyond, because they are real farmers.

“Most of the refugees you see here are from the neighboring states displaced by the activities of bandits in their states,” he said.

Mukhtar appreciated the myriad of intervention and assistance from the state government to the people of the area since the security crises started.

Oronsaye report and the burden of history