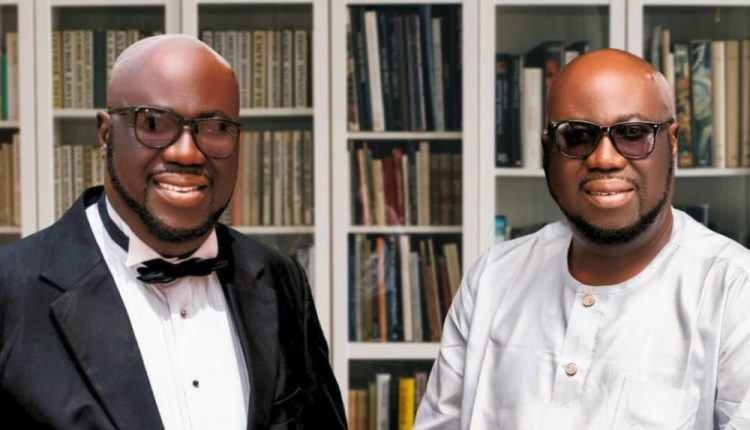 ‘It gladdens my soul that I was very much around when Ifeanyi Igwebike Mbanefo was putting together the initial bolts and nuts of the Nigerian Prizes. He would come to be with some of us down-and-out poets at the Abe-Igi drinking bars at the National Theatre, Iganmu, Lagos where he sounded out all suggestions and ideas amid the wild drinking and illicit jokes of the wannabe writers’

TODAY belongs to the song of solitude. The date belongs to Ifeanyi Igwebike Mbanefo, a son of Obosi town in present-day Anambra State, who came to Lagos to make good by traversing – and I am taking the following words from out of his mouth without his permission – “from the slums of Oshodi and Ikotun Egbe through the middle-class neighbourhoods of Yaba to highbrow Ikoyi and Lekki Peninsula.”

Today is the 60th birthday anniversary of Ifeanyi Igwebike Mbanefo, and the lionized great friend of Nigerian literature is billed to be honoured by poets, novelists, playwrights, journalists, writers, scholars, corporate executives, patrons of the written word, and multiform personages of all callings. The Association of Anambra State Development Unions (AASDU), Lagos, puts him forward as Guest Speaker on this Anambra Day.

Whenever I think of Ifeanyi Igwebike Mbanefo, the passage in Gabriel Garcia Marquez’s One Hundred Years of Solitude overwhelms me with “learning that in the southern extremes of Africa there were men so intelligent and peaceful that their only pastime was to sit and think…”

The thinking man, Ifeanyi Igwebike Mbanefo, is President and CEO of Champions Court Ltd. He had a 20-year distinguished service in Nigeria Liquefied Natural Gas (NLNG) Limited, retiring as Manager, Corporate Business Logistics. He was once Manager of Community Relations, and also served as Manager of Corporate Communication and Public Affairs, alongside many other esteemed duties and posts.

Ifeanyi started out by carving a splendid niche as a journalist in The Guardian, the celebrated “Flagship of the Nigerian Press” where his weekly Profile column was a must-read. He excelled as Assistant Editor in African Concord magazine, and earned resounding plaudits as the Political Editor of Daily Independent newspaper. He extended his savvy to the international media via Reuters and Agence France-Press (AFP). A patriot, he served in the Federal Civil Service as Chief Public Affairs Officer.

Ifeanyi joined the NLNG in 1998, and left the indelible mark of initiating the most lucrative annual prizes in Africa, notably, The Nigeria Prize for Literature and The Nigeria Prize for Science, sponsored annually by the NLNG. The Grand Award Night for the pre-eminent prizes is arguably the most coveted date on the Nigerian calendar of prize-giving.

It gladdens my soul that I was very much around when Ifeanyi Igwebike Mbanefo was putting together the initial bolts and nuts of the Nigerian Prizes. He would come to be with some of us down-and-out poets at the Abe-Igi drinking bars at the National Theatre, Iganmu, Lagos where he sounded out all suggestions and ideas amid the wild drinking and illicit jokes of the wannabe writers.

One cannot forget in a hurry the turbulence in the air while the NLNG-sponsored flight ferried the guests from Lagos to Abuja, or was it from Abuja to Lagos? I am still confused!

As a spur for literary creation, The Nigeria Prize for Literature which is rotated yearly among the four genres of fiction, poetry, drama and children’s literature witnesses an upsurge of published works as entries in any chosen genre of the year. Nigerian creative writers cannot thank Ifeanyi Igwebike Mbanefo enough.

Poor me, I was surprised when in 2005 I was given the glossy NLNG magazine that had my entry listed amongst what was tagged as “The First 11” of Nigerian poetry thusly: “Maxim Uzoatu is a leading Nigerian journalist and first class literary critic who had for long refused to publish his excellent collection of poems. God of Poetry is his maiden collection and it is a complete celebration of language mastery and poetic artistry.”

The generosity of Ifeanyi Igwebike Mbanefo knows no bounds because it’s just like him to impel me to check into Eko Le Meridien Hotel for an all-expenses-paid weekend. It was through such comfort that I learnt that writing poetry in a posh hotel is even more difficult than in my “House of Hunger” in Ikate, Surulere, Lagos!

Ifeanyi Igwebike Mbanefo is simply and squarely, as Chinua Achebe would write, a leader. He is a class act who deserves celebration.

Garlands for Andy Amenechi at 60