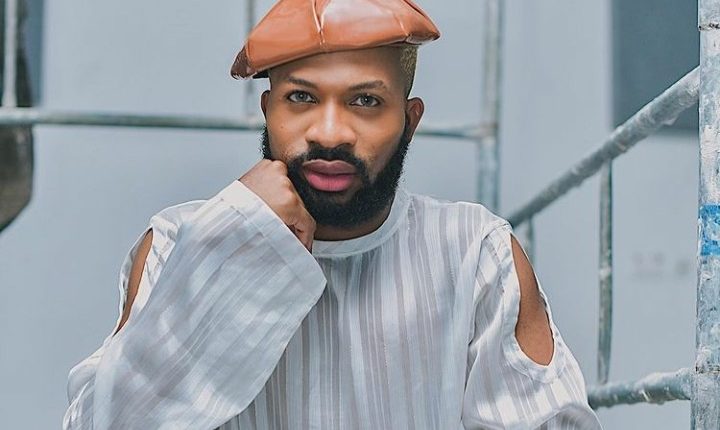 THE history of the Nigerian fashion industry will be incomplete without a mention of the opulent designer and founder of Orange Culture, Adebayo Oke-Lawal, as he knows more than a thing or two about creating a fashionable moment.

Beyond creating movements, he broke traditional gender stereotypes that synonymously celebrate his Nigerian culture. He has been designing since the age of 10.

After having worked with several Nigerian designers, he branched off to start his Orange Culture label in 2011 to turn his unique vision of fashion into reality. And since starting the label and an official runway debut at Lagos Fashion & Design Week (LFDW) 2011, he’s been hard at work trying to showcase Orange Culture to the world.

According to him, the label is more than a clothing line, Oke-Lawal insists. It is a “movement” that covers universal silhouettes with an African touch to a creative class of men, translating into a heady mixture of Nigerian inspired print fabrics, colour and contemporary urban street wear.

The label was selected in 2015 by Louis Vuitton and Moet Hennessey for their first ever LVMH prize as one of the 20 finalists selected from over 1221 brands all over the world in Paris. Then it went on to be selected by L’Uomo Vogue and GQ Italia to present at The Latest Fashion Buzz in Florence and then by The International Trade Centre’s Ethical Fashion Initiative, as part of the Pitti Fondazione Discovery’s Guest Nation Project, to participate in the Pitti Uomo “Constellation Africa” show in Florence.

2015 no doubt was definitely a very prolific year for Oke-Lawal and his Orange Culture brand, as he welcomed the opportunity to display his work at the International Fashion Showcase organized by The British Council and the British Fashion Council during London Fashion Week.

In 2016, also in London, the label showcased at London Fashion Week Men’s Designer Showrooms which held June. The brand did not stop there as in 2017, it showed for the first time on the runway at London Fashion Week under fashion Scout and has gone on to then launch one of the biggest collaboration known to the Nigerian fashion industry and to be the first Nigerian brand to stock at Selfridges.

The brand is currently stocked in Lagos, Paris, London, New York, Hollywood and Kenya and has plans to stock in many more stores.

In a recent episode of the TV show, #WithChude, he discussed dealing with bullying and defying the norms, and the rise of his career in fashion industry with the host, Chude Jideonwo.

Speaking on the defiance it took to create a brand that wasn’t conventional and deal with the responses, he said, “looking back now, especially as an adult, and I think about these things, I am just like, ‘was I really that intentional as a teenager, or was I just living my truth. I was just like, ‘oh, this is who I am, this what I feel, and it feels like nobody is engaging these issues or having these conversations.”

He also spoke about how his work gave him a platform to represent himself as he is. “People are feeling all types of ways, feeling unrepresented, disconnected, suppressed and people aren’t saying anything about it.

“For me, it was just a way of saying, ‘hi, this is me.’  At that time, it was just like, this is what I want to say, this is how I am going to say it. I don’t want to be a replica of somebody else, or a suppressed version of my reality. I want to be exactly myself from the jump,” he said.

On the perceived difference of his brand, Oke-Lawal states: “Every time I was in a room, especially with a lot of other men, I was always asked why I was so different. Even when it wasn’t said, it was nuanced; it was in the way that I was confronted, bullied, or attacked. It was so many different things.”

“I feel like all those different situations always make me have to say, ‘Oh, this is who I am, I don’t feel like this needs to be questioned, I feel like you just need to accept it’. I think that was where the madness started from.

“Even as a teenager saying that I am a boy with a colorfully disposition, I didn’t know the impact of how that was going to be on for the next 10 or whatever years and how many people that will feel that connection to that little quote. I don’t say it anymore but through the way I live my life, you can see that I am clearly a boy with a colorful disposition,” he added.

In the interview, the designer also shared how the journey started, the negativity he has to deal with, and what helped him to keep showing up despite the vicious feedback.

“I started my business when I was 20; I was always being attacked because I didn’t go to fashion school, there was a lot of pressure. Anybody that you see that is working in fashion and succeeding to some extent is getting half what they should be getting, because what they need to succeed truly doesn’t exist for them.

“It is not an easy journey. Asides from running the business, there was an emotional story behind the brand and something that was personal for me, which was what the orange boy article was about. I had always had the idea of confronting toxic masculinity. I realised that the reason I was being attacked was tied to the idea of toxic masculinity.

“I remember that the collection was about being vulnerable and being open, and this idea of men being vulnerable was such an issue to discuss. So, even when that happened, I saw the need to continue having that conversation, ‘if people are really making me feel bad about saying this, maybe this conversation needs to happen, and it needs to go further, and maybe I need to push further,” Oke-Lawal stated.

He also explained that the reactions from his parents on starting the business were mixed. “My parents are amazing. When I first started, my mom said, you can do this but go to school. My dad, who is amazing too, just didn’t understand it.

“Imagine you child coming to you and saying I want to have this career, when there is no yardstick to measure successes. There was nobody at that time, when I was younger who was successful in fashion in Nigeria, in the level that could have done the thing called successful. He’s like who do you look up to.”

He further shared that the most emotional conversation he had with his father was when they had a conversation about a factory that he was building. “Although he didn’t say he believes in me, but it made me see that finally he saw something there because I stuck to it, and I started showing him that this thing that seems so unimaginable is now becoming imaginable.”

Nigerian celebrities and their premium slay at Rita Dominic’s wedding

How celebrities dazzled at Black Panther’s African premiere in Lagos