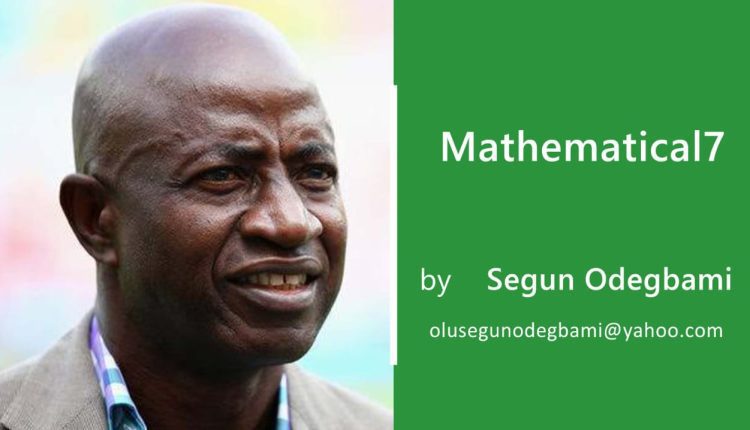 ‘For the next 30 days, teams from 32 of the 207 countries that started the ‘journey’ to Qatar 2022 in 2020,  will set aside, to some extent, the political, religious, economic, cultural and social differences ‘

Qatar is on my mind.

I have a message for all Africans, particularly Nigerians.

The population of the world hit the 8 billion-mark only a few days ago. Easily, half this population will have their eyes rivetted on Qatar, a country of less than 3 million people that has opened it doors to welcome an estimated 2 million visitors to the biggest single sports event in the world. Qatar becomes the smallest country, and the first in the Middle East, to host the FIFA World Cup.

In a strategic ‘building up to’ effort, Qatar developed  a soft power strategy that rests on the pillars of “the hosting of sports events, overseas sports investments, and leveraging domestic excellence”.

Over a 23-years period, the country organised over 30 regional and international sports events to prepare itself  for this moment, and to earn its seat at the Table of Civilisations as one of the world’s foremost cultural, business, sports and tourism destinations.

For Qatar 2022, the country, with an area less than the size of Lagos State in Nigeria, built 8 magnificent Stadia within a radius of 55 kilometres, and  defeated some of the most powerful nations on earth (the USA and Japan) to the rights to host the biggest, most glamourous, most lucrative and most powerful, non-political, single sports event on earth.

On paper, it was an ‘impossible’ feat. Yet, here we are, witnesses to the stark reality unfolding before our eyes.

How did Qatar do it? Why did it go to extra-ordinary lengths to shatter all known norms in earning the hosting rights to the FIFA World Cup? This is an Arab country that had never participated in the World Cup in its history, and had little credentials of significance in football to host the event. Even the man who superintended over the choice of Qatar on December 2, 2010, in South Africa, former disgraced President of FIFA, Mr. Sepp Blatter, has admitted, on the eve of Qatar 2022, that ‘it was a big mistake’.

The world knew that corruption has been deeply-rooted in FIFA’s story since Joao Havelange brought big business into football, but it is Qatar 2022 that pried open its underbelly, revealing the organisation’s dark and secretive side plus the unbridled power it wielded.

The alleged sleaze involved in awarding the World Cup to Qatar may have precipitated the collapse of the old FIFA empire and birthed a new one under Giovani Infantino. But that is not my interest here and now.

I have been admiring the spirit and motivation of those that foresaw a future for Qatar and strategically deployed soft power tools to make it the new centre of the ‘universe’, the world’s new tourist capital, an oasis in the Arabian desert that will have 4 billion eyes trained on it for the next 30 days, at least. This is at a dark period in human history, with the Russian/Ukraine war polarising the world and posing the greatest threat to global peace. The first real threat of a Nuclear conflagration since the Second World War, lurks dangerously

Yet Qatar 2022 will go on, and will offer the world a Truce, a period of restrained (psychological and physical) for the people of the earth to enjoy their beautiful game. That is power!

For the next 30 days, teams from 32 of the 207 countries that started the ‘journey’ to Qatar 2022 in 2020,  will set aside, to some extent, the political, religious, economic, cultural and social differences between their countries as the world’s best football superstars put on the spectacle that will dominate all other interests on the planet  in the unique drama of the World Cup. That is power!

Think about it – what we are witnessing today is a simple game that has the full attention of the world in its grip. That is power!

I have read an article in The Guardian of December 3, 2010, by Hassan Al-Thawadi, secretary-general of the Qatar Supreme Committee for Delivery and Legacy.  It explains Qatar’s motivation for hosting the World Cup: “a platform to open up the gates of communication between Qatar and the rest of the world, in order to showcase the former’s economic and cultural distinctiveness”.

I am also reading the works of Paul Michael Brannagan, a scholar specialising in the study of major global events. His revealing publications include Leisure Studies, Global Society, Diplomacy and Statecraft and International Affairs, as well as Entering the Global Arena: Emerging States, Soft Power Strategies and Sports Mega-Events (2019) works that aregetting me even more intrigued by an unrelated concept and project sprouting in Nigeria.

I have decided to cede the rest of this column to publish a one-page concept note that is mushrooming in the Sports and Diplomacy unit at the Nigerian Institute of International Affairs, the official policy think-tank of the Federal Government of Nigeria on international relations and foreign affairs.

On October 20, 2022, Professor A. Bolaji Akinyemi, a former  Minister of External Affairs of Nigeria, and former Director-General of the Nigeria institute of International Affairs, NIIA, delivered a lecture at the NIIA titled “Towards A New World Order”.

The paper was insightful. It  served notice of the inevitability of the emergence of a re-alignment of political, economic and social powers in a New World Order in the aftermath, particularly, of the Ukraine/Russian War that has, once again, polarised the world.

Africa will be impacted and affected as the world enters a new era in global affairs with new challenges, new possibilities and new opportunities on offer.

In Professor Akinyemi’s words: “what we should focus on now is the need for Africa to promote a common position on issues that will form the agenda of the new world order. Firstly, Africa must make sure it speaks with one voice, and on its own steam rather than as an adjunct of any power. This is going to be difficult. France is still embedded in Africa and through its surrogates could influence the direction of African policies which claim to speak for Africa”.

In short, Africa needs to come together in a common front and with a unified agenda to have any say in the re-alignments that will take place.

Many years earlier, Nelson Mandela had also said: “Sport has the power to change the world”.

He also said: “The world will not respect Africa until Nigeria earns that respect. The Black people of the world need Nigeria to be great as a source of pride and confidence”.

In short, Mandela identified Nigeria as the authentic African ‘personality’ to lead Africa when the global ‘power-sharing’ starts. And that sport is a powerful tool.

Professor PLO Lumumba also puts it nicely and aptly when he suggested during one of his recent lectures that Africa must now choose between being the ‘Waiter’ at the Table of Civilisations (as it has been for 5 Centuries, picking crumbs), or being a ‘Diner’,  like the others, partaking in eating the main meal.

Africa’s choice in Lumumba’s illustration is apt. At the same time, however, the continent will not simply be handed a seat at the table and a partnership on a platter. That has not happened in 5 Centuries. It is not about to happen now. The continent will have to earn it.

How to do so is what ‘The Conversations’ series set out to achieve?

The 3rd in The Conversations Series takes place in Lagos on December 15, 2022, towards the tail-end of the World Cup. Nigeria shall be drinking lavishly from the fountain of Qatar 2022 to birth a new soft power concept and strategy that shall give Africa a comfortable seat as a Diner when new global powers meet at the Table of Civilisation to discuss a New World Order.

Buhari: I feel freer when I have nothing

Nigeria in search of history

A season of interesting disclosures