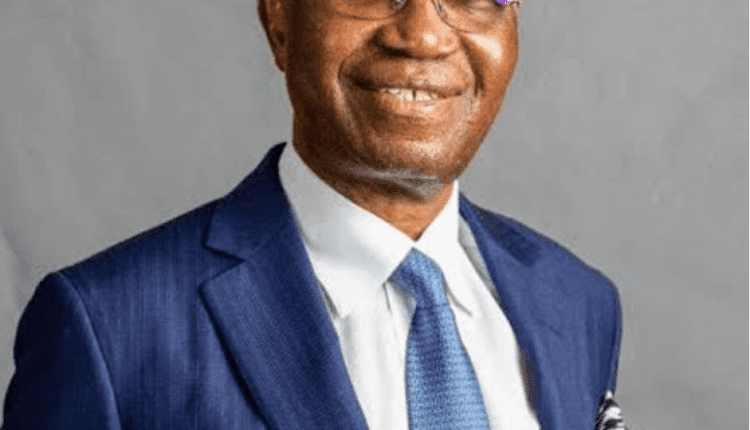 ‘Let the Speaker, freely elected by the legislators, Hon Olugboyega Aribisogun be, while the Deputy Speaker , who was elected alongside the late Hon Funminiyi Afuye retains his position. To me, this is a win–win approach, and in my private discussions with some principal actors in the unwelcome drama, I have made this proposal, but politicians always, but wrongly believe that they possess the monopoly of wisdom!’

IN the past few days , our dear State , the State of Ekiti has been in the news, not particularly positive and exciting news, but within a space of two days, and less than two weeks after her late Speaker, Rt  Hon Funminiyi Afuye was laid to rest at his country home in Ikere-Ekiti, the House of Assembly convened, according reports, to elect a new Speaker, and at the end of the exercise, Rt Hon Olugboyega Aribisogan was elected Speaker, having polled 15 votes to defeat his opponent or co- contestant, Hon Olubunmi Adelugba, who polled 10 votes.

Less than twenty-four hours thereafter, news filtering out from the State was to the effect that the Police sealed off the House of Assembly and prevented the legislators from gaining entrance thereto. As at noon today, Monday, November 22, 2022, it was alleged that the newly elected Speaker, Hon Olugboyega Aribisogan has been impeached, and in his stead, Hon Olubunmi Adelugba who had earlier lost out to him in a keenly contested election four days earlier, was elected Speaker.

The Aribisogun faction contends that this is a farce, and that Aribisogun remains the Speaker, meaning that for now, Ekiti State parades two contending Speakers of a twenty six member House of Assembly, and two factions of the same House, each claiming to be authentic, legitimate and constitutional, and perhaps, ‘making laws‘ for the State, and more specifically, deliberating on both the supplementary budget and the 2022/23 budget.

What a mid-winter comic display which now makes Ekiti a laughing stock and pitiable enclave in Nigeria in particular, and the entire world generally. For those who feign ignorance of history, let them be reminded of a similar inter-change of premiership chair between Chief SL Akintola and Adegbenro in the old Western Region, and that the fracas that broke out subsequent thereto was the beginning of the demise of the first republic. Although the politicians behind the ongoing parliamentary fiasco in Ekiti may see it as business as usual, they should be told in no unmistakable language that it is a veritable threat to the peace, order and good government of the State, and unless nipped in the bud now or immediately, the consequences may be far-reaching. It is rather unfortunate that the ruling party in the State has chosen this bizarre manner and route to welcome to office the Governor produced on its own ticket! They are most unfair to both the new Sheriff and the good people of the State.

As an elder and stakeholder in the State, I plead to all the feuding parties and their sponsors qua backers to sheath their swords. They should be reminded that the State does not belong to them alone, but to all of us; in fact, the politicians are in the minority, hence they should stop seeing, taking and treating the State as their fiefdom, property, or estate.

Now, my proposal to end this self-imposed crisis: Let the Speaker, freely elected by the legislators, Hon Olugboyega Aribisogun be, while the Deputy Speaker, who was elected alongside the late Hon Funminiyi Afuye retains his position. To me, this is a win-win approach, and in my private discussions with some principal actors in the unwelcome drama, I have made this proposal, but politicians always, but wrongly believe that they possess the monopoly of wisdom!

Lastly, it would be recalled that on Saturday, November 12, 2022 during the combined event marking my annual scholarship awards and empowerment of youths at my IkereEkiti country home – an event where over 500 youths, widows and aged women benefited, I, out of passion and love for Ekiti said in passing while answering a question from the Press on how to move the State forward, that I would be prepared to work together with some notable and respected leaders in the State to forge or work out a reconciliation between the different political contenders and contestants in the State, in our collective interest. I even mentioned the name of our leader and legal potentate, Aare Afe Babalola CON SAN as one of those I might approach if parties so agree or desire. It is rather unfortunate and very disheartening that this innocent statement of mine which was also made in good faith is being misconstrued and misinterpreted by some politicians who now want to use it as a pedestal for cheap blackmail.

Let me say it for the record as well as emphasis that my sympathy and empathy go to the State of my birth and origin, and not to any politician or political party. My fidelity is equally to the State and not to any individual. I am not happy that the State is not making progress as expected. I am not a politician and I have no ambition to be one, not even at my age. My friends, allies and admirers cut across all political divides in the State and Nigeria. While I invest heavily in the State, I do not earn a Kobo from the State, and no government in the State has ever patronised me or my office or paid me a dime. Contrariwise, I have continuously extended human, material, and financial assistance to the State and several of her citizens. I say this without being immodest, but out of compulsion. Therefore, I cannot be a convenient target of any attack or blackmail simply because I suggested reconciliation. I want to plead with our people to stop this unenviable passion and pastime of pulling themselves down. It does not pay, and it has never paid us. Howbeit, nobody can coerce anyone to any reconciliation, and I do not have the prerogative or power to do so.

Why compensate for incompetence?

A letter to Sam