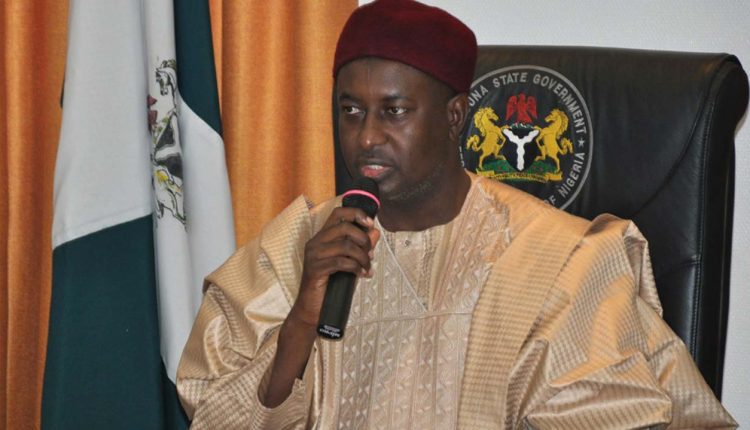 THE Economic and Financial Crimes Commission (EFCC) has re-arraigned a former governor of Kaduna State, Mukhtar Ramalan Yero at a Federal High Court sitting in the state capital on eight-count amended charges bordering on money laundering and criminal conspiracy.

Yero is being prosecuted alongside a former Minister of Power, Nuhu Wya, a former Secretary to the Kaduna State Government, Ishaq Hamsa and a former chairman of the Peoples Democratic Party in Kaduna State, Abubakar Gaiya Haruna for their alleged involvement in the receipt and disbursement of N700 million paid to them by a former Minister of Petroleum Resources, Diezani Alison-Madueke to influence the outcome of the 2015 presidential election.

They were re-arraigned on Monday before Justice R. M. Aikawa of the Federal High Court in Kaduna who took over the case from the former trial judge, Justice Mohammed Umar who is on transfer to another jurisdiction.

At the resumed sitting, the prosecution counsel, Nasiru Salele, told the court that the case was for re-arraignment of the defendants and urged the court to ask them to take their pleas.

The charges were read to the defendants, and they all pleaded ‘not guilty.’

Among the amended charges against the defendants include that they sometimes in 2015 “indirectly took possession of the sum of N700,000,000, which they ought to have known forms part of unlawful activity to wit; bribery and thereby committed an offence contrary to Section 18(a) of the Money Laundering (Prohibition Act 2011 (as amended) in 2012 and punishable under Section 15(3) of the same Act.”

After the defendants took their pleas, their counsel, Yunus Ustaz, urged the court to extend to them the terms of the bail earlier granted them by the former judge.

The prosecution counsel, Nasiru Salele, however, did not object to the application.

Justice Umar, therefore, granted bail to the defendants on the same terms earlier offered them by the court

Support for Peter Obi will fade away like EndSARS, says Yahaya Bello

Don’t allow politicians to use and dump you after elections, IGP warns policemen

Why corruption is pervasive in Nigeria – Jonathan