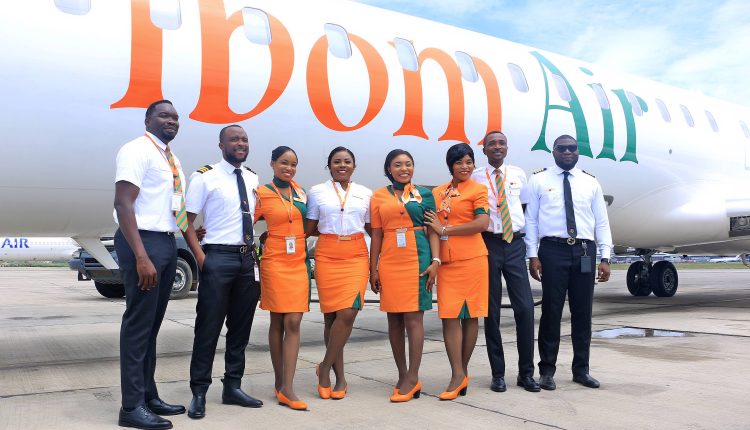 IBOM Air has taken delivery of two new A320 aircraft in preparation for the commencement of regional flight operations.

While receiving the ‘huge white birds’, yesterday, at the Victor Attah International Airport in Uyo, Governor Udom Emmanuel announced that Ibom Air was now set to commence flight operations to countries within the West African region.

Describing the acquisition of the new Airbuses as a timely and appropriate response to the business environment, given the anticipated demands of the coming season, the governor attributed his administration’s achievements in the aviation industry and other areas of development to the support of God Almighty, coupled with his team’s capacity to think, creativity and ideas.

“Today, we are receiving into our fleet, brand new huge white birds decorated with the name Ibom Air. We respond to the business environment we are operating and as we respond we are bound to succeed.

On the Maintenance, Repair and Overhaul facility at the Victor Attah International Airport, the governor said, it will serve as a cash cow for Akwa Ibom State overtime, as it will start generating hard currency from January 2023. He added that Airbus is currently negotiating for lease of the facility to take care of its regional flights.

“We are training our youths on aviation development, and as I am talking to you right now, about 40 of our youths are training with Air France. 20 Aircraft Engineers and 20 Pilots are undertaking training on A320 airbus and other series,” he said.

He thanked the Chief Executive Officer of Ibom Air, Capt. Mfon Udom, for supporting his vision of establishing an airline for the state, and reasoned that the appreciable level of foreign exchange from the investment would be used for further development of the state.

Speaking, the Edo State Governor Mr. Godwin Obaseki, who inaugurated the two aircraft, commended Governor Emmanuel and the management of Ibom Air for sustaining the standard of the airline, adding that the investment is one that will continue to earn revenue for the state, long after the tenure of the current administration.

“What you have done with Ibom Air, is that you have removed shame from the faces of Nigerians in the aviation industry in the world, by gathering the best of minds in the industry to come and start up a world class airline “. Obaseki added.

In his address, the Managing Director and Chief Executive Officer of Ibom Air, Capt. Mfon Udom said, the airline had reached a stage where it had to continuously add to the number of aircraft in its fleet due to high demand and the need for expansion.

Capt. Udom noted that with the latest addition of aircraft, the airline will improve on its capacity, service delivery as well as the number of routes across the country and the West African region.