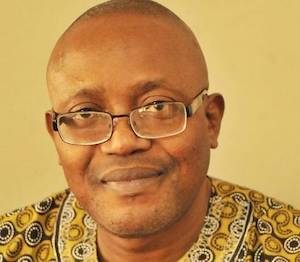 THE United States had, during the Banana War, occupied Nicaragua in 1912. This gave rise to the Somoza political family, which ruled the country from that period until its overthrow by Nicaraguan youths under the banner of the Sandinista Movement in 1979. The popular Nicaraguan Revolution threw many youths across the world into a frenzy.

One of them was a 22-year-old American, Ana Belen Montes. Additionally, Montes, whose Puerto Rico homeland has been occupied by the US since 1894, also felt that the tiny island state of Cuba, whose youths had, in 1959, overthrown the Batista dictatorship, should have the right to self-governance without interference from the US, its giant neighbour which had already seized its Guantánamo Bay.

The US also orchestrated the failed Bay of Pigs invasion of Cuba in April 1961, imposed an embargo on Cuba in February 1962 that is still in effect today, and carried out hundreds of assassination attempts on the then Cuban leader, Fidel Castro. Montes, out of conviction, decided to work for free for Cuba’s survival while America picked up the bills.

The DIA employed her in 1985, and she soon became one of its stars. She became a specialist in Latin American military affairs, was the principal analyst for El Salvador and Nicaragua, and later, the top political and military analyst for Cuba. She became known in American intelligence circles as the ‘Queen of Cuba’.

On February 23, 1996, the Cuban Ministry of Defence asked visiting American Rear Admiral Eugene Carroll to warn off American private aircraft that planned to violate Cuban airspace. Obviously, the mission had been compromised. Carroll immediately informed the State Department. Instead of being stopped, two “Brothers to the Rescue” planes were shot down over Cuba the next day. Who else would America turn to examine the case and draw lessons, but Montes?

A small matter arose: was Carroll’s meeting at the Cuban Defence Ministry carefully planned to enable the Cubans to warn off the aircraft, or was it a mere coincidence? The official who arranged the meeting was Montes, and her explanation that the date was chosen because it was a free date on the Admiral’s schedule, was accepted. Montes work and contributions to US intelligence were so valued that she had ten special recognitions, including a Certificate of Distinction, the third highest national-level intelligence award. This was presented to her in 1997 by the Central Intelligence Agency, CIA, Director George Tenet.

However, in 1999, the National Security Agency intercepted a Cuban communication. It revealed a spy, high in the hierarchy, who was associated with the DIA’s SAFE computer system. It meant the spy was, likely, a staff of the DIA. The suspect had also travelled to Guantánamo Bay in July 1996.

Coincidentally, Montes worked in the DIA and had officially travelled to the Bay. The spy was using a Toshiba laptop. The product was common, but a decision was taken to break into her flat to see if she had one and possibly copy the hard drive.

All these were based on gut feelings and circumstantial evidence. A lot of work needed to be done to gather hard facts. However, the 9/11 attacks occurred, and the US decided to invade Afghanistan. The problem was that Montes with a direct link to the White House, by virtue of her high position, had to be informed.

If she turned out to be a Cuban spy, as the case being put together was suggesting, then Cuba would be informed about the secret invasion plan. A decision was, therefore, taken to arrest and confront her. This was done on September 21, 2001.

I deciphered ten reasons why Montes was not detected over the years. First, she worked for Cuba for free, collecting no money except a few reimbursements. So there were never any unexplained sums of money in her accounts, which could have raised a red flag.

Secondly, she avoided romantic entanglements that might have compromised her. Thirdly, she hardly engaged in social activities. So, the possibility of slips or unguarded remarks was virtually eliminated. Fourthly, many spies arouse suspicion from the people they meet, such as embassy staff or suspected foreign intelligence agents. She met only Cubans who were thought to be Cuban students, academics, and businessmen not connected to the Cuban government.

Fifth, many spies met their handlers in remote or isolated places; Montes met her handlers in public places like restaurants. Sixth, some spies are busted in the process of receiving messages and directives from their handlers. Montes received hers via short wave radio as coded messages during normal broadcast. Seventh, many spies are caught passing information by using the “dead drop” or “dead letter box” method of passing information. She sent information mainly using encrypted disks, which she passed on in public places or during lunch, and used only public telephones for her spy work. She also used dissolvable paper.

Eighth, she was so disciplined and careful that when her office was searched, the only thing that was not official, was a quote by Henry V pinned on the wall. Even her home revealed nothing extraordinary beyond a short-wave radio and laptop, which were not illegal. Also, a code was discovered in her purse which she could explain off in court.

Ninth, she made two secret trips to Cuba going through Europe, then decided to make official trips that were paid for by the US, ostensibly to study the situation in the country and meet assets.

The tenth and most important reason was that, unlike almost all spies who need to remove documents, duplicate or store them in some device, she had a photographic brain. Sometimes, she simply sat in her office, memorised documents and went home to reproduce them.

The evidence against her was mainly circumstantial, and it was unlikely the state could get a conviction without her cooperation. She cut a deal that saw her sentenced to 25 years of imprisonment rather than the death penalty or life.

Ana Montes is imprisoned in a special 20-mate prison in Texas. Her scheduled date of release is January 8, 2023. She has been one of the most successful spies in history.

Where are the new notes?

In the dark alleys of human trafficking

They have eyes but cannot see. Pity!