Salute to a colossus of the arts… 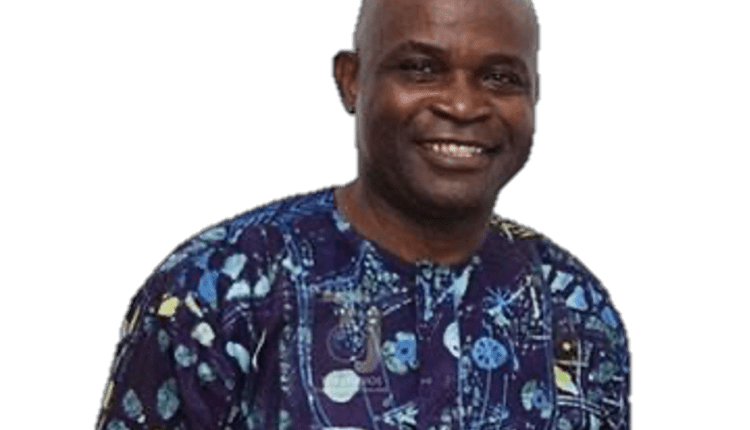 I AM delighted to celebrate Jahman Oladejo Anikulapo at 60. He is variously my friend and co-traveller, Writer, Artistic Theatre Director, Critic, Actor, Activist, and all-round Motivator. Considering that I am older than him, I appreciate his counsel and guidance in scholarly and other matters.

I have been fascinated by Jahman Oladejo Anikulapo since I met him around 1994 in company of his kindred spirits, Professor Harry Garuba and Artistic Director, Jide Ogunbade both of blessed memory. We deepened our liaison further when I was Chairman of the Association of Nigerian Authors, ANA Lagos State, where he was a dynamic component. His name was the first object of my curiosity, amongst other several lifestyle things that he espouses. I am still trying to connect many quizzical dots in my understanding of this gifted, pleasant, charismatic but endowed personality, called Jahman.

In our long variegated journey together, which is sometimes punctuated with separate pursuits of diverse endeavours in different directions and destinations, I have somehow not been much reconciled about multi-talented Jahman who has attained the age of 60 with so much grace and accomplishments. He seems to have little interest in material acquisition and tainted wealth like most of us.

It is so difficult to pigeonhole Jahman according to conventional classification. Part of the difficulty comes out of his simple humanity and generousity of spirit, placed besides his passion for elevated values. Values like the promotion of education, national cohesion and development, culture and creative arts.

Ever so restless in the search for perfection and artistic introspection, he preoccupies himself with activism in the pursuit of policy initiation and formulation for the endowment and inclusion of the Arts by government and the private sector. He is a dynamo of creative ideas in which he is very versatile. Jahman does not only visualise but practicalises progressive perspectives. He is at the vanguard of resuscitation of the National Theater and other national/regional assets and culture space and programs.

Through his platform in the media, he advocates for the freedom of free speech, human rights, justice and equality.

Jahman is a casual chronicler, librarian, curator, and archiver of valid information on arts and culture not readily available in official libraries and museums and other platforms. Many of us, who find it hard to locate Jahman geographically, because he is nomadic in a good sense, know that we can always vouch for his steadfastness in artistic philosophy and creeds. Jahman is incredibly mobile, both situational and professionally. He vacillates so easily between Abeokuta grove of Professor Wole Soyinka to the heady crush of urban literary activities in Lagos, from where he can cover multiple events in a single day, while running multiple virtual programs with relative ease and comfort.

This is why I usually need to first establish where under the planet he is, when I first make contact with him, for he might be in faraway Germany with his family, or be attending a film festival in Burkina Faso. Yet he does not show the stress that is prevalent in many human beings.

In recent times, I have the honour and privilege of being in regular contact with Jahman, on account of the fact that we work together on the Board and Management of Committee for Relevant Arts, better known as CORA. He is the Program Director. Despite his usual disclaimer that he is not a formally-trained management expert, he brings so much management skills to bear on the affairs of the organisation, which he and Toyin Akinosho have systematically grown to such dimensions that they can organise and administer the successful 64-events programme festival in one week!!! This is apart from other development programs of creative landscaping for Arts and culture that CORA runs.

One of such programs is LABAF Book Festival which ran for eight days. CORA has become the inspiration for several comprehensive arts and culture platforms in the educational and creative landscape of Nigeria. The credit goes to Jahman and Toyin Akinosho- The irrepressible Tag Team.

To say Jahman is an accomplished Journalist and media practitioner is to minimise his talent and capacity. Having served as a notable literary critic, before he became editor of the Sunday Guardian, his authoritative voice resonates strongly in the forum of literary criticism. He is highly regarded in academia as well as in the enlightened world as a public intellectual. His network in the arts and creative space is vast. He seems to have a mental library of important information to drive many programs. He also has immense goodwill to boot.

He is very passionate about youth development. This is very notable in the deep interest he takes in the career growth of many Young people he interacts with in the course of his multi-faceted activities in a country, where we lack positive role models. He stands out as a shining role model.

Though a disciplinarian, he encourages young people to pursue and perfect their professional goals. He has an enduring relationship with artistes of diverse dimensions, from the literary stage to drama, film, music, architecture, and other arts forms, he being an accomplished actor, artistic Director, and impresario.

One outstanding trait of Jahman is his simplicity and humility. He hardly knows his own awesome capacity to love and be loved for what he does to people, with whom he interacts.

An Aficionado of cultural potpourri, he relishes Sakara music from his Egba (Abeokuta) roots, so much, yet he bubbles in the hurly-burly stream of hip hop of Burna Boy/Davido doing the Buga jig of Kizz Daniel, while reveling in the jazzy wonderland of Fela Anikulapo-Kuti. You can trace the resurgence of various art forms of musical and artistic expressions to the remote and direct influence of Jahman as a Journalist or promoter.

At 60, we can only wish the best that life has to offer to Jahman, who has given so much of himself to the world.

We beg of him, however, to continue to build on his commendable initiative to develop many young minds to appreciate and harness the positive and elevated values that can make and sustain the development of Nigeria.

Jahman Oladejo Anikulapo, I salute you as a colossus at 60.

*Chief Aderinokun, writer, journalist, businessman and philantropist, is a one-time chairman of Association of Nigerian Authors, ANA, and Chair, Trustees of the Committee for Relevant Arts, CORA

Celebrating Professor Bolanle Awe at 90: A pioneer and towering influence

Song for Chukwukadibia, the ‘Desert Warrior’ at 85

U-17 AFCON draw: Golden Eaglets to know group opponents on…