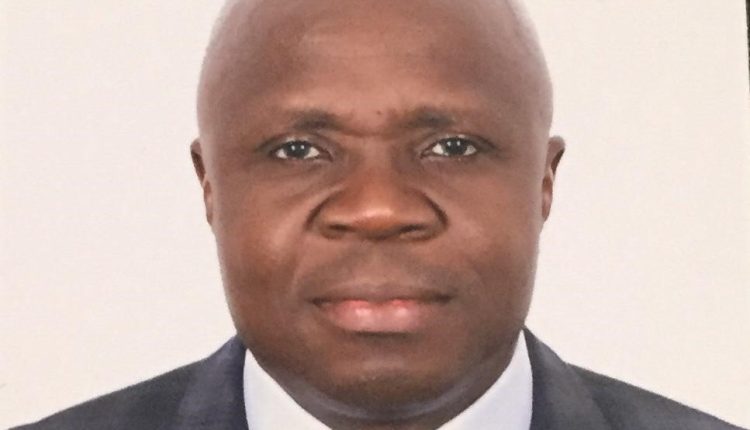 “In a country whose laws hold no one guilty of any offence until so proven by a court of law, Moses’ case cannot be an exception.”

A CERTAIN young man, Moses Oche Oko, has been waiting for justice since January 2022. This month marks one year since he was arrested by the police in Plateau State and imprisoned. No trial. No conviction.

An undergraduate of the University of Jos, Moses has moved from police cell to prison—or what they call Correctional Centre—since January 10 last year, on allegation of murder—an accusation he has consistently denied.

The question is: if indeed the police or any of his accusers, have strong evidence to prove that he committed the crime he is being accused of, why have they not prosecuted him? How come more than one year after he was arrested and detained, he is yet to face trial?

Let’s face the truth: no one is giving excuses for Moses over whatever crime he is alleged to have committed. But no one has any moral or legal right to throw him into jail without trial.

While undergoing treatment in a psychiatric hospital in Benue State, Moses was forcefully taken away by the police, against medical advice, and displayed publicly as a murderer. From there, he was thrown into jail and forgotten about.

Here is the scenario: Moses’ accusers believe he is guilty of murder. Moses says he is innocent and that he is ready to prove this in court. Who do we believe? Why has he not been arraigned?

The first assumption is that the forces against him are quite intimidating. For instance, Moses was in a hospital undergoing psychiatric treatment when the police declared him wanted.

His father was said to have personally gone to the police headquarters in Plateau State to inform them that his son was in chains, in a psychiatric hospital in Benue State.

The police, in a brazen show of power, insisted on going to Benue State to confirm and take statements from him. The father reluctantly agreed.

On arrival, they employed non-existing legal excuses and physical force to extract him from the hospital in spite of his condition and against medical advice.

The second assumption is that the allegation involves bloodshed and death, with the victim lying six feet below the surface of the earth—dead, buried. The parents of the dead also deserve justice.

Since dead people do not speak, Moses has found it difficult having a witness to prove his claim of innocence. His accusers understand this situation and are employing it to their advantage.

Apart from that, he has not even been given a chance to prove his assumed innocence. From the day the case was made public and he was declared wanted by the police, the stigma of a murderer was pinned on him—and his family.

Unconfirmed sources said a case was filed against Moses since last year, but that the judge is yet to sit. Or rather the case is yet to be called. After one year? Can someone please wake me up with the truth?

The third belief is that the victim was his girlfriend. Some people believe that Moses could in no way have hurt the girl. That of course is subject to proof. The girl’s parents want to know who killed their daughter.

My concern in all of this is: How lawful is it to detain an accused for over one year without trial, no matter the severity of offence, the strength of suspicion and the forces behind it? What about the rule of law!

The fourth factor that seems to have worsened Moses’ case in police circle is the rumour that he used to sniff something whose negative effect could send the brain spinning dangerously.

Of course, I have no proof of this except that even his father, a university teacher, is said to have confirmed it in his statement to the police. The truth however would be known if this case ever goes to court.

Here is a brief background to the issue. Moses is the last born in a family of three females and two males. At the time of this incident, he was 19 and a 300-level zoology student of the University of Jos, where his father, an architect, teaches.

One day, his father, Dr Oko, was informed that his six feet tall son takes cannabis. On confirmation, he was stunned. He reprimanded him in the strongest terms. Wrong association!

From that moment, he started watching his son closely because he wanted to end the bad influence that had corrupted him. But it seemed too late.

Hitherto, Moses never argued with his siblings. But things suddenly changed. He became aggressive and silent—two contrasting features that surprised his parents.

One day, Moses left the house with the father’s car. Everyone was worried about his where-about. Then, something more inexplicable unfolded when he finally showed up in a bad shape. He was found far from home by a friend who drove him to the parents.

Everything about him was abnormal. He seemed to have been thoroughly beaten up by unknown persons—who left him with bruises. His speech was uncoordinated. His mannerisms had turned weird.

With the parents totally confused, someone suggested that he be taken to a hospital. Another mentioned seeing a psychiatrist. That suggestion infuriated Moses, who vowed not to go anywhere. He told the parents that they were all demons

Eventually, it was agreed that he be taken to a psychiatric hospital in Benue State. That again became a great challenge. How do you carry someone in this condition from Jos to Makurdi?

Somewhere on the road to Makurdi, Moses opened the car door and attempted to jump out. The driver quickly pulled up while the father dragged him back into the vehicle. As soon as the car came to a stop, he jumped out claiming the car was full of demonic beings.

It took a lot of effort and cajoling for him to change his mind. On arrival in Makurdi, another drama started. The father had to pay some young men to bundle Moses into the vehicle.

He was taken to a private clinic where he was immediately admitted for drug addiction management and mental health clinic. His hands and legs were placed in chains. In addition, he was sedated.

It was on the same day that Moses’ sister saw a social media information to the effect that her brother had been declared wanted by the police for the murder of his girlfriend. This information dropped like tonnes of bricks and knocked reasoning out of everyone.

So he had a girlfriend? There was confusion. If he did, why would he kill her? Who is this girl? Who are her parents? What happened?

These and other questions rocked their minds and puzzled their thoughts. Oko had the news broken to him by his daughter who called from Jos. He became almost breathless. Moses, a murderer?

After consultation with friends, he immediately left for the police headquarters in Makurdi where he introduced himself to the head of the Criminal Investigation Department. He was advised that since they were looking for his son in Jos, he should go and meet the police there.

Still worried about the situation, Oko called his wife, who was in Lagos, to proceed to Makurdi while he left for Jos.

On arrival in Jos, he met some top police officers and told them his story and that of Moses. He was taken to the State Commissioner of Police, who received him with appreciation for showing up with the information.

In the presence of other three top police officers, Oko was said to have narrated the story to the CP. He denied knowledge of the son’s girlfriend. His mission was to help the police in their investigations.

Moses’ father was thereafter taken to another office where he was made to write down his statement. From 8am when he claimed to have arrived the police station, he was left waiting after writing the statement till about 4pm.

Thereafter, he was informed that he needed someone to bail him. He later realised that the police had been to his house, towed his wife’s car away and chained his gate so that nobody went in and nobody came out.

After granting him bail with a staff of the University of Jos as a guarantor, he was allowed to go home. The following day, he took them, on demand to Benue State “to interrogate” Moses.

Instead of interrogation, the police took him away from the hospital despite protests by the doctors. On arrival in Jos, father and son were detained. Oko was however not locked up in a cell.

The following day, something more dramatic happened. The police authority addressed a press conference, paraded Moses in cuffs, boasting about how a crack team smoked him out of hiding. The father almost fainted.

The news made headlines on social and mainstream media. Oko himself was detained for ten days. Unconfirmed sources said he must have bought his freedom eventually.

The conclusion of the whole matter is that Moses, the accused, is still in detention since January 2022. He is yet to face trial over the allegation of murder.

Also, the parents of the murdered girl are waiting anxiously for the trial of Moses. They want justice as much as Moses and his parents do. Why is the justice delayed? Who is responsible?

For now, it is the thinking of Moses’ accusers and law enforcements, that he is already guilty even before trial.

In a country whose laws hold no one guilty of any offence until so proven by a court of law, Moses’ case cannot be an exception.

Allegation of murder is a serious accusation. The rule of law demands that Moses be tried in a court of competent jurisdiction. Whether guilty or not guilty, let it be the court that would decide.

It is believed that detaining him without trial for this long is both a breach of his rights and a violation of extant laws by those entrusted with the maintenance of law and order. So, try Moses now.

For peace and progress: Dissolve this marriage of inconvenience?

Where are the new notes?

In the dark alleys of human trafficking

They have eyes but cannot see. Pity!

Iwobi gets new manager as Dyche replaces Lampard at Everton

Why I am not allocating land in FCT – Minister

2023: Buhari will relocate to Daura after handing over –…

Why I am not allocating land in FCT –…