Australian Open: Azarebka back in business as Rybakina, Tsitsipas march on 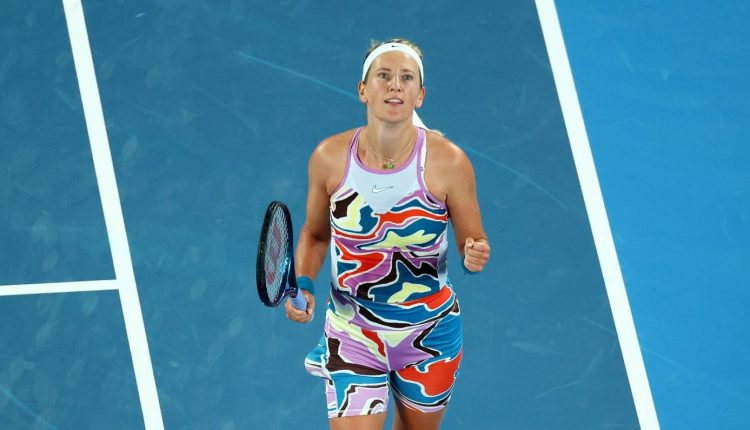 FORMER women’s No.1 and two-time Australian Open champion Victoria Azarenka rolled back the years today to reach the semi-finals in Melbourne.

The 33-year-old Belarusian defeated third seed Jessica Pegula 6-4 6-1 to reach her first Australian Open semi-final since 2013, when she won her first title.

With the win, Azarenka will return to the top 20 in the women’s ranking.

She will face Elena Rybakina, who defeated Jelena Ostapenko in their quarter-final clash earlier today.

Tsitsipas, who has won all his nine matches in 2023, will battle Khachanov in the semi-finals in the quest for his first Grand Slam success and the No.1 spot in the world.

A peep at some reading old men

Osimhen is at Drogba’s level but must stop diving — Mourinho

U-17 AFCON draw: Golden Eaglets to know group opponents on…

Flying Eagles vs Zambia U-20 AFCON…