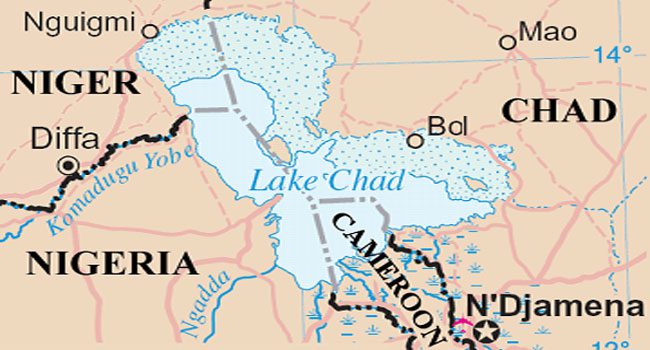 THE European Union has allocated €102.5 million in humanitarian aid to help vulnerable communities in Nigeria, Niger, Chad and Cameroon, as the humanitarian situation continues to deteriorate in the Lake Chad region.

The organisation, in a statement, said violence in the region, where the civilian population is increasingly the victim of targeted attacks, is resulting in large-scale displacement, disruption of livelihoods, and lack of access to basic services.

The pledge was made on the occasion of the High-Level Conference on the Lake Chad Region, held in Niamey on January 23rd to 24th.

The funding is part of the total €181.5 million allocated this year for the Lake Chad Basin, the Central African Republic and the Sahel, according to the EU.

“Over 24 million people in these four countries are estimated to need humanitarian assistance, an increase of 9.5 percent from last year.

“This funding will provide much needed support to vulnerable communities impacted by conflict, displacement and increasing food insecurity.

“As the region faces an unprecedented food crisis, we will continue to monitor the situation and to react with additional funding if necessary,” the EU Commissioner for Crisis Management, Janez Lenarčič said on Monday.

The EU’s humanitarian aid in the Lake Chad region is targeted at providing life-saving assistance to people displaced by conflict and hosting communities; and responding to the most acute food needs of households and communities affected by conflict and treating severe acute undernutrition in children under.

It also aims to give access to healthcare to populations that are newly displaced or outside the reach of health authorities, and improving the access to safe water and sanitation.

Other objectives include supporting emergency education for displaced children and those in hard-to-reach areas; and strengthening disaster preparedness (such as early warning systems and climate resilience actions).

Buhari will commission refinery before he leaves office – Dangote

Nobody allowed to build bank vaults at home – Emefiele

Putin threatened to blow me up with missile, says Boris Johnson

US: Trump warns 2024 election ‘our one shot’ to save America