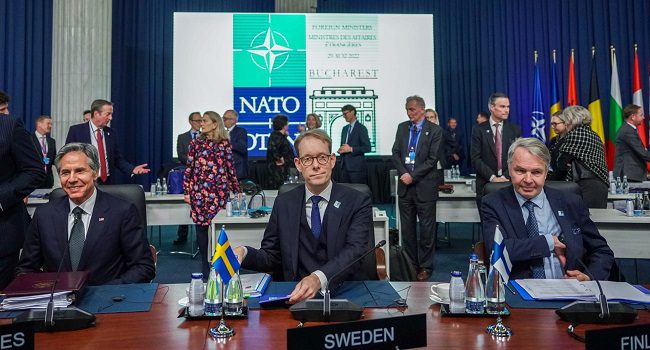 FINLAND must consider joining NATO without Sweden, the Finnish foreign minister said Tuesday after Turkey indicated it would not approve Sweden’s bid following the burning of the Koran outside its Stockholm embassy.

“We have to assess the situation, whether something has happened that in the longer term would prevent Sweden from going ahead,” Foreign Minister Pekka Haavisto told broadcaster Yle.

He added that it was “too early to take a position on that now” and that a joint application remained the “first option”.

“My own assessment is that there will be a delay (in getting Turkey’s approval), which will certainly last until the Turkish elections in mid-May”, Haavisto added.

Danish-Swedish far-right politician Rasmus Paludan set fire to a copy of the Muslim holy book on Saturday in front of Turkey’s embassy in the Swedish capital.

“Sweden should not expect support from us for NATO,” Turkey’s President Recep Tayyip Erdogan said Monday in his first official response to the act.

The Swedish and Finnish NATO bids must be ratified by all members of the alliance, of which Turkey is a member.

Putin threatened to blow me up with missile, says Boris Johnson

US: Trump warns 2024 election ‘our one shot’ to save America