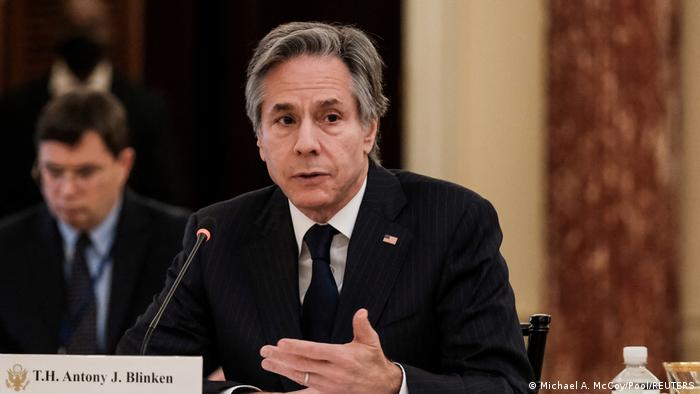 He spoke in New York yesterday at a conference on the nonproliferation of nuclear weapons.

Blinken said more than five decades ago, representatives of 18 nations drafted the Treaty on the Non-Proliferation of Nuclear Weapons (NPT). He added that in the years that followed, nearly every country on earth has joined the NPT.

“Nuclear weapon states moved toward disarmament, including the United States. The number of nuclear weapons in our stockpile is now nearly 90 percent lower than it was at its height in 1967.

“The United Nations Security Council affirmed that proliferation constituted a threat to international peace and security.

He said the NPT made countries use nuclear technology safely and peacefully to improve the lives of millions of people.

According to him, the NPT has made the world safer.

He, however, observed that it is under increasing strain.

He said: “The DPRK continues to expand its unlawful nuclear program and continues its ongoing provocations against the region. As we gather today, Pyongyang is preparing to conduct its seventh nuclear test.

“Iran remains on a path of nuclear escalation. Although it publicly claims to favor return to mutual compliance with the JCPOA, the Joint Comprehensive Plan of Action, since March, Iran has been either unwilling or unable to accept a deal to achieve precisely that goal. Getting back to the JCPOA remains the best outcome – for the United States, for Iran, for the world.

“In January, President Biden and the leaders of the other NPT nuclear weapon states – China, France, Russia, the United Kingdom – all affirmed the principle that, and I quote, “a nuclear war cannot be won and must never be fought.”

“The very next month, Russia launched a full-scale invasion of Ukraine. And it’s engaged in reckless, dangerous nuclear saber-rattling, with its president warning those supporting Ukraine’s self-defense, quote, risk consequences…such as you have never seen in your entire history.”

On Russia, he said the country has violated the treaty.

“Russia’s aggression against Ukraine is a brazen violation of international law, including the United Nations Charter, and it’s also contrary to the rules-based international order that we all seek to uphold. But critically, and it’s directly relevant to what brings us together this month for the NPT Review Conference, its actions are also contrary to the assurances that it provided to Ukraine in 1994 in the so-called Budapest Memorandum, assurances of Ukraine’s sovereignty and independence that were vital to giving Ukraine the confidence to give up the nuclear weapons it inherited when the Soviet Union dissolved and that were left on its territory,” he said.

South Korea, US fire missiles into the sea after ‘reckless’ North Korea…