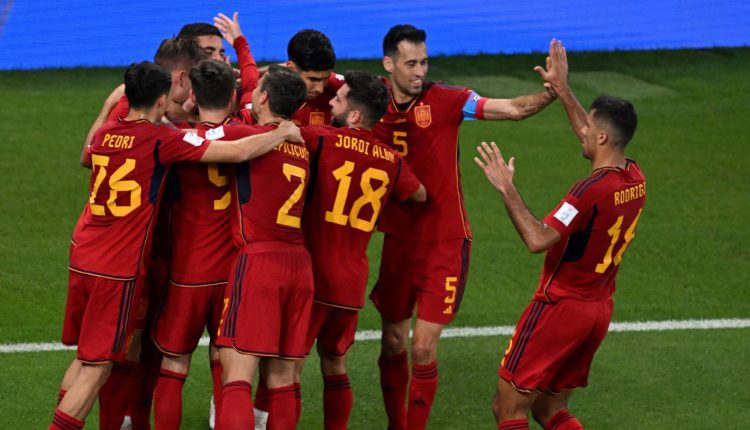 Spain broke their own goals record tonight as they trounced Costa Rica 7-0 in their Group E Qatar 2022 World Cup clash at the Al Thumama Stadium in Doha.

It is the first time ever the 2010 champions have scored seven goals in a World Cup match.

Spain were quickly off the mark, with Olmo opening the scoring after just 11 minutes.

A superb Asensio finish and a Torres penalty gave the dominant Spaniards a 3-0 lead into half-time, and they added four more in a ruthless second-half display.

At 18 years and 110 days, Gavi became the youngest player to score in the World Cup since Pele’s brace against Sweden in June 1958 (17 years and 249 days), according to Opta statistics.

Soler struck on the stroke of full-time and Morata netted in added time to sprinkle some gloss on the scorelines against a Costa Rica team who had no shot on target.

Spain will secure a spot in the round of 16 if they beat Germany on Sunday, with the Germans desperate for a result after suffering a shock 2-1 defeat to Japan earlier today.